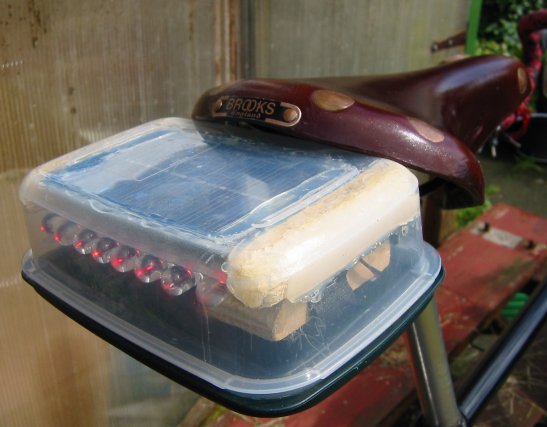 The photo below shows it built into a small sandwich box and bolted to the back of my saddle. The circuit diagram is here. If you feel inspired to build one don't bother about the alarm, it is too quiet! 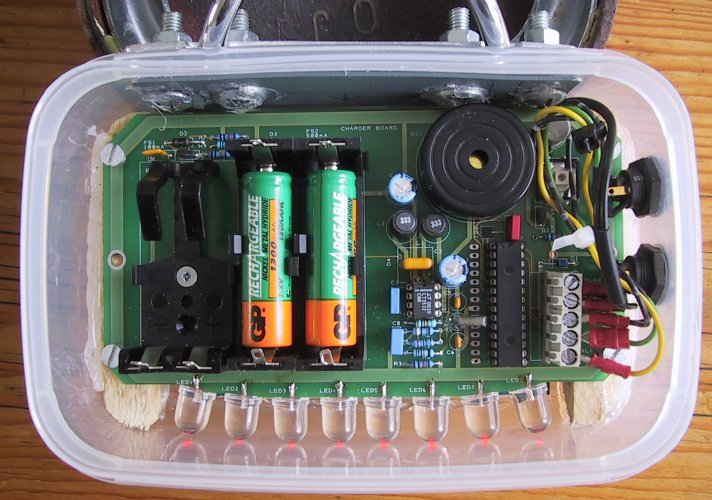 Technically, it charges the AA cells by nothing more than a 3V solar panel connected through a schottky diode to the batteries. The only clever bit is a SEPIC DC-DC convertor using the LT1512 which has both current and voltage control loops. This is used to step up the voltage from the two AA cells to charge a higher voltage battery such as a PP3 or my digital camera battery. It is also used to drive the piezo sounder with about 16V which is quite loud until you put the lid on the box. If the sun stops shining you can buy a couple of alkaline AA cells and use them to charge the other battery instead.

The charging is controlled by a PIC 16C876 which also drives the eight high intensity LEDs in several wacky flashing patterns. It keeps tabs on the charge state of the AA cells too.

....sadly I smashed the box while the carrying the bike up some steps so now I have an ordinary back light :-(