For details of where we went in each country, see the relevant country information page. 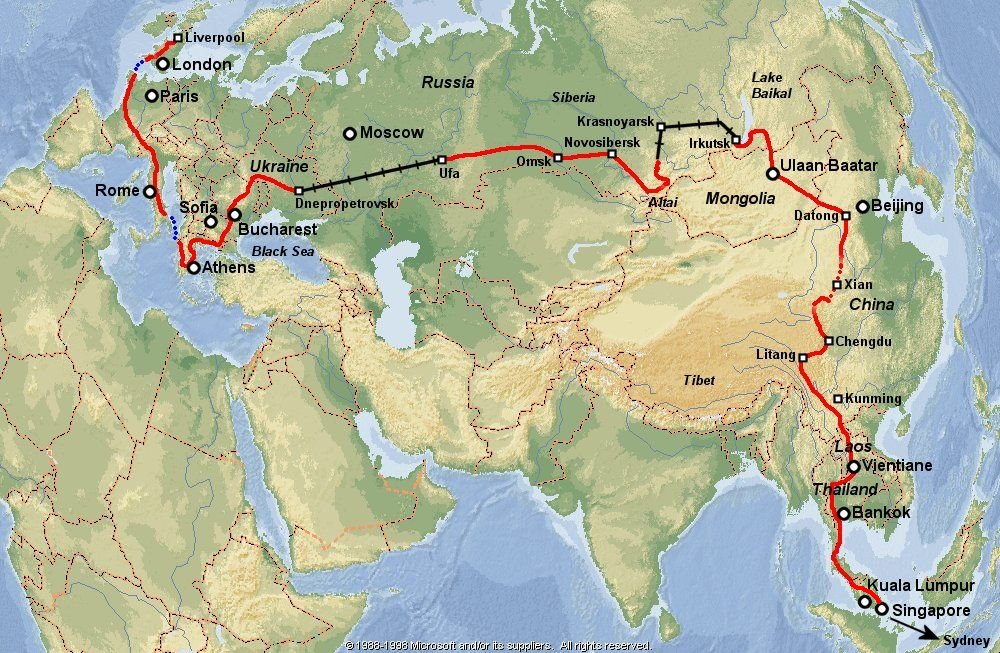 We left the UK in the summer of 2002 and headed south for the autumn. New Year saw us in Corfu and then we stayed in the Peleponese for January before heading northwards in February. Northern Greece was pretty chilly, Bulgaria was a bit warmer and then we had a lot of snow in the Carpathian mountains in Romania before finally reaching spring in Ukraine. We had to take the train a couple of times in Russia in order to get across that vast country before the next winter. We crossed Mongolia in autumn and were re-aquainted with winter in the north of China. From southern China southwards we were in the tropics and it was hot all day everyday! We arrived in Singapore in December 2004 and flew from there to Sydney. We didn't ride through Indonesia because we wanted to be in Australia for Christmas and had heard that the traffic could be pretty dreadful.