This is a lovely area for cycling, as long as you like hills! The river valleys are around the 800m mark and the passes are upto 1600m. 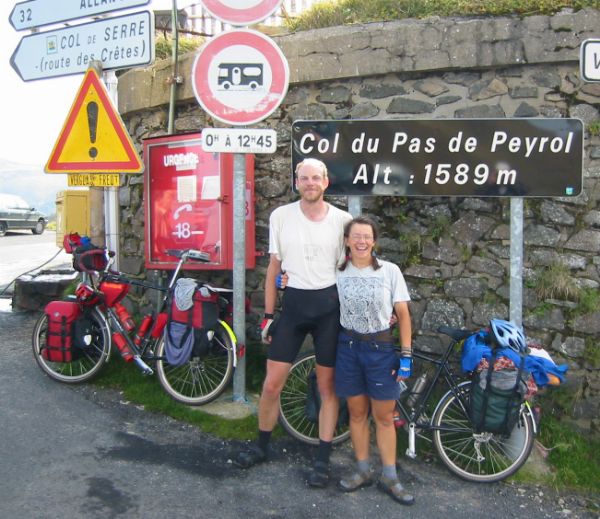 This was our first big col and it took two days to get up. We climbed from Mauriac to Le Falgoux the first day and stopped at the campsite in Le Falgoux at 900m:

As usual for this time of the year the campsite was empty and no one came to collect any "camping fees", but the toilets were open. Ju braved a cold shower!

From here it was uphill all the way to the col, the 700m of ascent took about 3 hours. As we rode up the trees became increasingly autumnal until we left them behind altogether.

The col had a cafe where we treated ourselves to a cafe au lait and talked to some French cyclists. They had ridden up in a day, but had just a small handlebar bag rather our than our massive panniers. From the col we walked up a further 200m to the summit of Puy Mary.

Then it was downhill much of the way to Murac!

This was a lovely town built on two levels with a ridiculously steep bit in between. Here is the view looking down on the river from the high part of the town. Despite the picturesque location it was almost completely un-touristy.